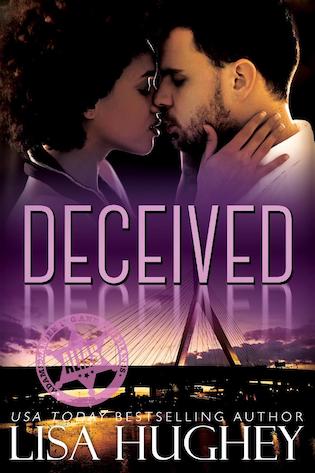 He’s done rescuing people. She doesn’t want to be rescued. They’re both about to be disappointed.

The next installment in the ALIAS world features disgraced partner Marsh Adams who is seeking redemption and Ayesha Brown, an up and coming artist with a huge problem. This reverse heist, bodyguard for a woman in peril interracial romance features a strong family theme.

The door swung open with a crash. “Sorry I’m late.” A slender Black woman swept in like a tropical storm.

His first impression was color.

He started at the bottom and surveyed his way up.

Worn, pale blue Converse high-tops splattered with paint. Ripped skinny jeans with splotches of paint in bold red, yellow, bright blue, even some neon green and orange. A white tunic sweater slipped off one shoulder revealing bare skin and collarbones. The nipples of her small breasts pushed against the top, boldly proclaiming her braless.

Her face was stunning: high cheekbones, regal nose, black arched brows. Striking hazel eyes shimmered with secrets and mirth, as if she had a private joke just for them.

She was one of those people who oozed magnetism and sex appeal.

Just like his father, if he were honest. And that thought made him want to gag and then spew all over the old man’s office.

She had skin the color of rich Brazilian hardwood and hair a natural halo around her face. She had another splotch of paint on her bare neck, and her fingers were long and elegant and adorned with paint, as she gestured at the old men. “Problem on the metro. Was stuck on the train.”

Everything about her screamed free spirit and unrestrained joy.

“Ayesha, darling.” The judge walked toward her with open arms and embraced her. He squeezed her tightly, just a little too long. But in an odd turn of events, Marsh didn’t think his father’s touch was sexual. He seemed almost paternal.

“Good to see you again as well, Uncle Bobby.”

“Lovely to see you again, my dear.” His father slung his arm over the woman’s shoulder and turned her to face Marsh. “This is my son, Marsh.”

“Marsh, I want you to help Ayesha.”

Ayesha Brown stopped in her tracks. Raised one eyebrow and scanned her gaze over Marsh Adams.

So this was Marsh Adams.

She’d been hearing about the prodigal son for years, but she’d never met him.

Pinstripes. Tie. Shiny shoes. Stuffy. Tightly wound. Buttoned up. But that nose didn’t fit with the rest of his appearance.

Since she knew how much heartache he had caused his father, she nodded once at him and stuffed her hands in her pockets. A clear rejection of cultural normative standards. She wasn’t about to shake his hand.

USA Today Bestselling Author Lisa Hughey has been writing romance since the fourth grade, which was also about the time she began her love affair with spies. Harriet and Nancy Drew and the Hardy Boys later gave way to James Bond and Lara Croft and Jason Bourne.

Exploring the complex nature of a profession that requires subterfuge and lies fascinates her. She loves combining her two passions into fiction. As evidenced by her Black Cipher Files series.

Archangel Rafe was her first foray into the paranormal but after spending time in the Angelic Realm, it won’t be her last. At their heart, the Seven novels are about the dynamics of family relationships. But the really hot Archangels don’t hurt.

And recently she’s been immersed in the Stone Family novellas, four stories about a blended family of brothers and sister who have a lot more in common than they realize. But of course she couldn’t just write about family and romance. There are complex plots, bad guys, and suspense too.

Lisa loves to hear from readers and has various places you can connect with her, although, shh, Twitter is her favorite.

My nieces and I got our tattoos done today ❤️❤️I love them and the bond we have. 😍🥰
Pretty nails by @poshnailspalexington They always do an excellent job on my nails!! Feeling fabulous
Finished cake 🎂 🧁🍰😋Fireball Cake!!! Yummy 🤤
Finished!!!! Bailey’s Salted Caramel Chocolate Cake 🎂 🧁🍰😋
Book Links:
🌻𝗖𝗢𝗩𝗘𝗥 𝗥𝗘𝗩𝗘𝗔𝗟🌻
The beginnings of Fireball boozy cake🎂🎂🎂
Part two! Decorated to come later.