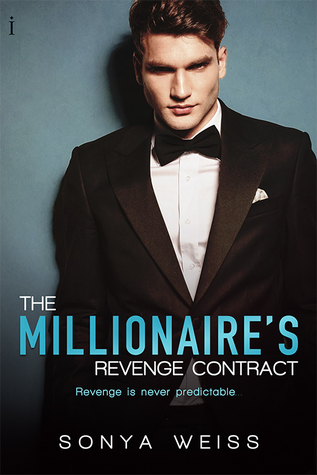 Maddie Russell is a mile past desperate. She’s newly fired, broke, and needs money to help her still-healing sister. Her plan is to beg for her job back—until she realizes millionaire Cole Mitchell, the man who was once the bad boy from the wrong side of the tracks, is the one responsible for taking everything her family owned.

Now she has a new plan. One that’s sure to please them both…and quench the fire that still burns between them. In exchange for his help, she’ll become his mistress.

Cole doesn’t trust the Russell family, least of all Maddie. When he was a teenager, her grandfather framed him for a crime he didn’t commit. The only thing he wants from her is his revenge. But the spark between them won’t be denied. As their lives tangle together, Cole quickly discovers falling for the enemy will cost him more than he imagined.

Because revenge demands its own price…

Maddie Russell is the heiress to the Russell Empire or what is left of it. Her grandfather is missing, her sisters inheritance has disappeared, the hotel is upside down and funds are missing and now she’s lost her job. What more could go wrong?

Millionaire Cole Mitchell has come a long way from the bad boy from the wrong side of the tracks. Wrongly accused of a crime that him and his friends did not commit has left a bad taste of revenge in his mouth. His goal for revenge is to take down Samuel Russell. He’s the reason for all the wrong doings against him and his friends. What better way to take down Samuel then to take everything he has and leave him penniless. First order of business: buy his hotel and fire all of his family and friends. Second order of business: find Samuel Russell and prove he lied.

When a chance meeting finds Maddie face-to-face with this sexy stranger, things might be looking up, that is until she discovers that the sexy stranger is a blast from her past. Cole cannot believe his luck or shall he say bad luck. The first girl he has had a connection with in a long time, turns out to be the granddaughter of his sworn enemy. Will Cole let his revenge consume him?

Wow! This was such a great story. Cole and Maddie had amazing chemistry. Even though cold comes off as this big bad cold millionaire, underneath he really is a sweetheart with a heart of gold. He gives back to those who are unfortunate and doesn’t expect to be recognized for it. Maddie is a sweetheart. She is what some call a caregiver. She always tries to take care of everyone. Putting everyone else before herself, she often doesn’t have time for her own happiness.

Overall this book fun and full of love. Love lost and love found. A sweet and endearing read that will have your heart melting. There will be times that you want to laugh and times you will want to cry. This is a steady paced read with wonderful and amazing characters. You are sure to fall in love. I know I did. So if you love a good romance with a dose of revenge, then this book is for you.

She’s passionate about causes that support abused animals and children. Her parents always supported her bringing stray animals home although the Great Dane rescue was a surprise.