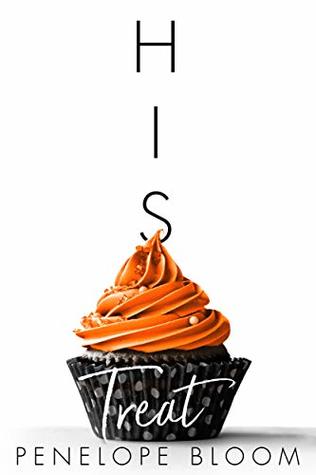 by Penelope Bloom (Goodreads Author)
4.16  · Rating details
811 Ratings  ·  219 Reviews
Having a hot boss isn’t complicated or confusing at all,
Said no one ever…
But all I have to do is resist for a few months.
Come January, I’m flying to Paris to chase my dream of being an artist,
Too bad I can’t have my treat and eat it, too.I forgot to mention… My hot boss was also my high school crush.
Sort of.
First, I wanted to crush him with gooey affection.
In the end, I just plain wanted to crush him.
Now he’s back, and he might as well have “do not touch” printed on his chest.
One tiny question: would it count if I didn’t use my hands?Let me answer my own question. Yes, Emily, you raging horndog, it counts. Besides, my dream is practically waiting for me like a perfectly wrapped, shiny little package if I can just behave. I’d be an absolute idiot to risk that, and I have a long, proud history of not being an idiot to protect.Unless it’s kind of like when you do really well in class all semester so you can afford to flunk a test at the end. Three months is a long time, and if he’s the one giving me the big, fat, dirty “F”, it does add a little dose of temptation to the equation.But all I have to do is one quick job for him. A few posters and a few props for a big Halloween party that he’s hosting.Then I just walk away from his dreamboat eyes and perfect body, grab a plane, and forget about all the beautiful children we could’ve squeezed inside our white picket fence.

Emily is a starving artist with an acceptance to an art school in Paris.  Departure date January.  Nothing will stop her.  Not even the her old high school crush.

Ryan has taken over the Bubbly Baker franchise.  He needs to find an artist to do some Halloween decorations for the Halloween party at Galleon.  Little does he know that William has a plan to set him up with his assistant’s bestie.   When Ryan meets Emily his plan of no girlfriend changes.  But can he convince her to give him a chance?

This is the third book in the Objects of Attraction series.  I loved the first two books, but I felt that this one fell a bit flat.  I got bored in the middle of the book pretty easily.  Don’t get me wrong, the book had plenty of comedy moments, but it did not live up to it’s predecessors.  The first two books were fun and engaging.  This book had lots of potential that it did not explore.  The ending could have had more wow!! to it.  I was a bit disappointed in his grand gesture.

I did like the main characters.  They had great potential and were very likable.  They mad their debuts in the previous books, so it was nice to read their story.  I also loved that the previous couples made several appearances in this book as well.  Ryan and Emily are really sweet together.

Overall this book had a great plot but did not flow well.  There were too many slow parts to hold my attention and I just could not get excited with this one as the other two.  Maybe if there is a book 4 the story will be better.  Interested to see where this leads.