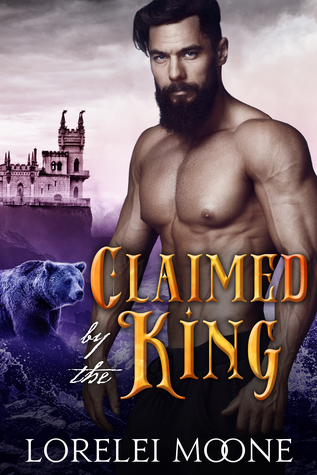 Claimed by the King

Abandoned by her people, a young woman was being sent to her doom.

Kelly was going to be a prisoner; a slave. At least that’s what she thought as she waited for the mysterious giants that lived on the Black Isles to claim her. A human sacrifice, once every eight years. That’s what it took to keep mankind safe from these savages.

The human would ensure the survival of his bloodline. Whether he liked it or not.

Broc’s reign as King of the Black Isles had lasted seven years already. That was a long time to go without a queen and therefore, an heir. He knew what he had to do; to claim the human offering and make her his own.

When they met, it changed everything. A glimmer of hope, even of love, in unexpected places. But life on the Black Isles was far from simple. And there were powerful secrets, yet to be uncovered, that could change everything yet again.

Claimed by the King is the first in Lorelei Moone’s brand new fantasy romance series, Shifters of Black Isle. Shifters, magic and relatable characters; set in a mysterious, distant land, where anything seems possible, and yet all its inhabitants hold dear could be destroyed in an instant.

What an awesome start to a new paranormal series.  The series starts off with Kelly.  Kelly won the lottery, but this is not a good thing.  She won the lottery to her demise.  Every 8 years her village sends a girl of right age to be sacrificed to the Giants of Black Isles and this year it is Kelly.  But what Kelly thinks is going on is not to be the case at all.

Broc is king of the Black Isles.  The pressure  is on for him to take a bride and make an heir.  This years sacrifice needs to be the one, for he can’t marry one of his people, it is against the rules.  When he goes to collect the sacrifice, he is surprised that he is drawn to her and very protective of her at first sight.  But will she be the one to help lead his people?  Will she make it trough the transition?

The characters were interesting and the author did a good job with the character development and world building in the story.  We got some good background with out drowning out the main story line.  As the story builds there is an air of mystery added to it, which draws readers in and makes them look forward to another book.  It is a small cliff hanger, but not too bad.  It does give you an insight as to who the next book will focus on and a hint to what is to come with that character.

This book was a good read.  It had an original story plot and was a steady paced read.  It is a PG-13 clean paranormal romance.  There are still some steamy scenes, just not overly descriptive and dirty as most.  So if you like paranormal without all the hot and dirty sex, then you will enjoy this book. 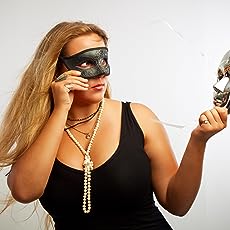 Lorelei Moone is an author of paranormal romance based in London. A lover of all things sweet and caffeinated, when she’s not writing about sexy bear shifters and their strong-willed curvaceous love interests, Lorelei can be found baking cookies or cakes for her family.

She got her start writing bear shifters in the well received Scottish Werebear series (2015-2016), and its spin-off, Alpha Squad (2016-2017). To binge-read these today, make sure to buy the boxed set collections. Additionally, she’s written of vampires in her Vampires of London series (2016-2017), and has just begun her foray into paranormal fantasy romance with the Shifters of Black Isle series (2018).

Most of her titles are also available in print as well as audio.

*Amazon is credit for author picture and information.

Check out these other reads: