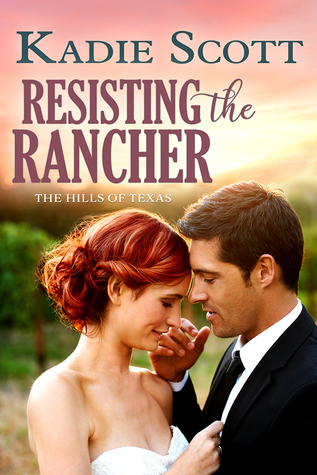 BY Kadie Scott (Goodreads Author)
Rusty Walker has spent her entire life trying to earn her tough, ranching father’s respect and approval by learning the business inside and out. But now her uncompromising parent has decreed she must marry if she wants to inherit. Worse, her husband has to be someone who can help her run the business. As if she needs it!
Williams Hill kissed Rusty in a bar in an act of temporary insanity, and lost his heart to her on the spot. Despite the complications to his own rodeo stock business, he agrees to marry the feisty red-head, hoping to woo her once they’re hitched. But she only views him with suspicion and resentment.Can this soft-spoken Texas cowboy convince his proud wife, who’s never known unconditional love, that she is everything he wants?

Another wonderful love story by Kadie Scott.  This is the second book of the Hills of Texas series.  Resisting the Rancher is a story about Cash’s brother Will.  Cash was from book one in the series Saving the Sheriff.  So in a way this book picks up where book one left off with Holly and Cash married and starting a family together with Sophia.

Rusty Walker is a hard-working lady, whom has had a tough life.  Always trying to prove to her father that she is competent enough to run the ranch when he retires.  She knows the business inside and out.

Rusty is at the rodeo working Holly’s horse Mischief in the barrel riding circuit.  This is where she meets Will.  But Rusty does not want to get tied up with a rodeo cowboy.  But when Rusty’s father gives her an ultimatum,  marry or lose everything, Will jumps on the chance to help.  What Rusty doesn’t understand or seem to realize is that this is not fake for Will.  He is going to prove to her that he is worthy of her trust and love.  But can Rusty open her heart?

Rusty is quite the stubborn girl.  There were times when I wanted to strangle her because she hurt Will.  Will is the most amazing and sweet character.  I like him the best so far out of all the Hill boys.

This story had a nice and smooth flow to it, never feeling rushed or lagging in any areas.  A real page turner of fun, with excellent banter between Will and Rusty.  Their attraction to each other was instantaneous and drew me in as a reader.  It was also nice to see more from Cash and Holly.  Kadie really incorporated them into the story making it a smooth transition from book one to book two.  Which if you love to read series, as I do, this is a very important part of the writing process.  In a series the reader wants to know what happened to the characters in the first book.  Myself as a reader of series, I become invested in the characters and want to see them progress  in all books.  Kadie does an excellent job of this.

I really enjoyed this feel good romance.  This series is proving to be an excellent love of a lifetime series.  Kadie is doing an excellent job with the finding the Hill siblings soul mates.  I have read a few of Kadie’s books and have found her stories to be not only romantic but fun and highly enjoyable.   So pick this book up and if you want to know how it all started get Saving the Sheriff. 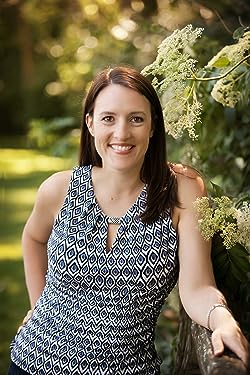 Award-winning contemporary romance author, Kadie Scott, grew up consuming books and exploring the world through her writing. She attempted to find a practical career related to her favorite pastime by earning a degree in English Rhetoric (Technical Writing). However, she swiftly discovered that writing without imagination is not nearly as fun as writing with it.

For the latest news and exclusive excerpts, subscribe to Kadie’s monthly NEWSLETTER.
(http://eepurl.com/czjrKn)