Following a family tragedy, 18-year-old Gabe LoScuda suddenly finds himself thrust into the role of caregiver for his ailing grandfather. Between the shopping trips and the doctor visits with Grandpa, Gabe and his friend John try to salvage their senior year, meet girls, and make the varsity baseball team. It doesn’t take long for Gabe to realize that going to school and looking after a grandfather with Alzheimer’s is more work than he ever imagined.

And when long-lost Uncle Nick appears on the scene, Gabe soon finds that living with Nick and Grandpa is like babysitting two grown men. Aside from John, the only person who truly understands Gabe is Sofia, a punk-rocking rebel he meets at the veteran’s hospital. When these three unlikely friends are faced with a serious dilemma, will they do what it takes to save Grandpa? If there’s a chance of preserving the final shreds of Grandpa’s dignity, Gabe may have to make the most gut-wrenching decision of his life—and there’s no way out.

3) from chapter 4 – “Stitches and Shock Therapy”

I check-in with the receptionist. “Make your grandfather comfortable in the waiting room,” she says, “The doctor will be with you shortly.” I’ve heard that phrase before—it’s code for “have fun keeping the old man in check for the next twenty minutes.”

I sweep a still-humming Grandpa into the crowded room and we sit down on a pair of rusty folding chairs in the corner. There’s a table full of last year’s magazines beside us. I scoop up a copy of Highlights for Children and skim through a “Goofus and Gallant” comic. I used to love this crap when I was a kid, waiting for the doctor or dentist with Mom, and I can’t lie—I still love the stuff. Plus, it provides cover. I can duck behind the wrinkled pages and pretend no one is staring at Grandpa as he continues to hum his tune and dig for earwax.

I’m doing a good job of blending in with the grey walls when something—or rather someone—catches my eyes. But not in the way you’re thinking. Not really. More like if you’re walking down the street and a man-eating lizard crosses the sidewalk in front of you; like, in a

weirded-out, scared, but still kind of fascinated sort of way.

There’s at least a dozen metal hoops hanging from her ears and a thick, painful-looking stud pushed through the corner of her eyebrow. Her tight, black jeans are torn to shreds on each thigh. Patches of olive-colored skin and tattoo ink shine through. Her black t-shirt reads “Shock-Therapist” in lime-green, block letters, and there’s a cartoony drawing of what looks like Joey Ramone dead center. Her hair is dark and straight, and it hangs in thin wisps over her ears and sections of her forehead. There’s a thick, leather bracelet tied around her wrist with a skull and crossbones woven through the basket pattern. A pair of raggedy headphones hangs upside down from her face. The cord is a tangled mass of frayed rubber and coppery wires that snakes down to a bright yellow Walkman clipped to her pocket. The volume is turned up admirably loud—so loud that I can almost hear the lyrics from across the waiting room. Something hard, fast, and mindless.

I don’t know how long I stare at her before she reanimates from a lifeless trance and our eyes meet. I’m so startled I can’t even look away real fast and pretend I’d been stretching my neck or something. Her eyes are a deep brown. Almost scary brown. Like swamp water. Or a mud puddle. But there’s something inviting about them, too. I can’t explain it.

Grandpa’s tune suddenly stops and he finishes the digital excavation of his ear canal. He throws his arm around me and shouts, “My grandson!” He then sags back in the folding chair and nods off on his own shoulder. It’s annoying, but I’m used to it. At least he knows my identity for once.

About Frank Morelli: FRANK MORELLI has been a teacher, a coach, a bagel builder, a stock boy, a pretzel salesman, a bus driver, a postal employee, a JC Penney model (see: clerk), an actual clerk (like in the movie of the same name), a camp counselor, a roving sports reporter, and a nuclear physicist (okay, maybe that’s not true). At heart, he’s a writer, and that’s all he’s ever been. His fiction and essays have appeared in more than thirty publications, including The Saturday Evening Post, Cobalt Review, Philadelphia Stories, Jersey Devil Press, and Indiana Voice Journal. His sports-themed column—“Peanuts & Crackerjacks”—appears monthly at Change Seven Magazine.

A Philadelphia native, Frank now lives near Greensboro, NC in a tiny house under the trees with his best friend and muse, their obnoxious alley cats, and two hundred pounds worth of dog. 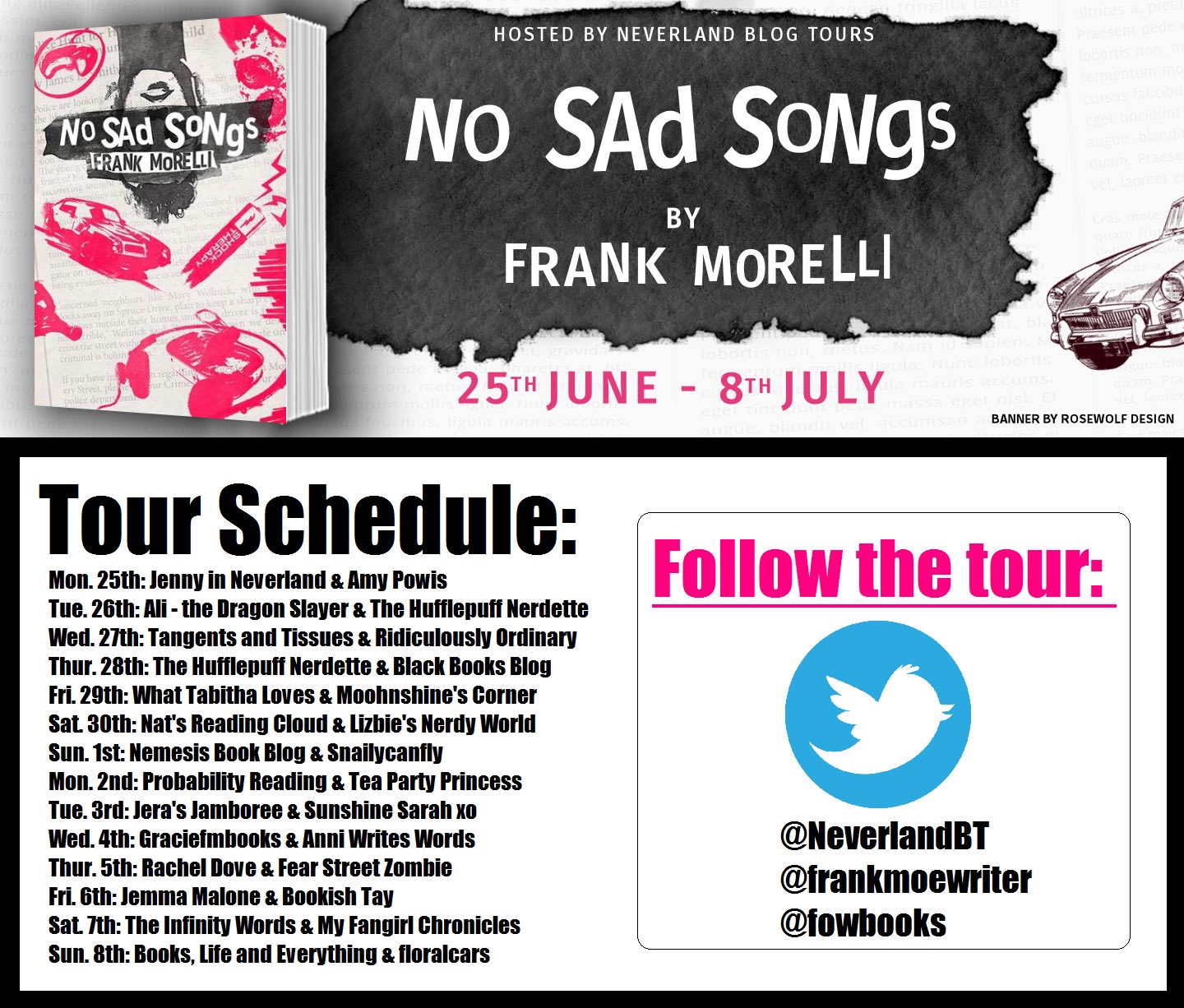