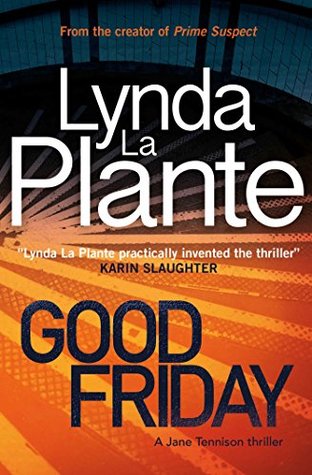 Before Prime Suspect there was Tennison – this was her story

In the race to stop a deadly attack just pray she’s not too late . . . March, 1976. The height of The Troubles. An IRA bombing campaign strikes terror across Britain. Nowhere and no one is safe. When detective constable Jane Tennison survives a deadly explosion at Covent Garden tube station, she finds herself in the middle of a media storm. Minutes before the blast, she caught sight of the bomber. Too traumatised to identify him, she is nevertheless a key witness and put under 24-hour police protection. As work continues round the clock to unmask the terrorists, the Metropolitan police are determined nothing will disrupt their annual Good Friday dinner dance. Amid tight security, hundreds of detectives and their wives and girlfriends will be at St Ermin’s Hotel in central London. Jane, too, is persuaded to attend. But in the week leading up to Good Friday, Jane experiences a sudden flashback. She realises that not only can she identify the bomber, but that the IRA Active Service Unit is very close to her indeed. She is in real and present danger. In a nail-biting race against time, Jane must convince her senior officers that her instincts are right before London is engulfed in another bloodbath.

Wow!  I have to say these books get better and better with each one.  So far this has been my favorite.  It was a gripping thriller, that had me on the edge of my seat the whole time.  I was scared to put it down, afraid I was going to miss something.  Now that is what you call a fantastic drama.

In this third book of the Tennison series, Jane has just joined the Dip Squad and it is not what she expected at all.  But when the IRA bombs Covenant Garden and Jane is the key witness to the attack, she finds herself deep in the bomb squads investigation.  Things are not what they seem and it always seems as if being a woman is an excuse for them to use her.  Jane seems to be making several unintentional mistakes, which could cost her her career.  Can Jane figure out the IRA’s next move before it blows up in her face?

This book was hands down the best one yet.  The first two were good, but this one was intense.  A gripping thriller of a ride.  A page turner that will have you gripping the edge of your seat and biting your fingernails down till there is nothing left.  Plus this time Jane has a love triangle going on.  As three guys show interest in the beautiful Jane Tennison.

I love how each book is another step in her career, where we get to be introduced to new characters.  The characters are very interesting and entertaining.  Especially this new squad.  Look at Stanley.  Man he is an odd duckie.  Smelly and trashy looking, but deep down an outstanding and brave man.  Dexter.  Oh Dexter.  He is the playboy of the bomb squad with a death wish hanging over his head.  Sexy and hot, but deep down there is a caring person.  These are just a couple of the interesting people we meet in this book.  But let us not forget our old characters.  They still make appearances in each book, which I love.  Especially Lawrence.  Man I wish him and Jane would hook up.  😉

I cannot wait for the next installment Murder Mile to come out in September.  Jane will be a newly promoted Sargent and knee-deep in murder.  So pick up this whole series today.  You won’t regret it.