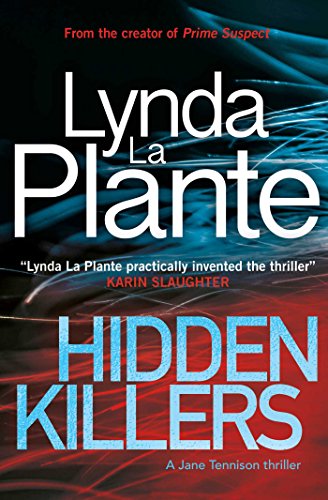 Before Prime Suspect there was Tennison – this is her story

Jane Tennison has been been promoted to the role of Detective Constable in London’s Bow Street CID but she is struggling with some of the decisions her colleagues are making. The more experienced detectives move swiftly from one criminal case to the next, with Jane left doubting both their methods and their finding. When Jane becomes inextricably involved in a multiple rape case she must decide whether to toe the line or endanger her position by seeking the truth. But will her decision put her life in peril?

Didn’t Read The First One?

Hidden Killers is the second book  in the Tennison Series.  In book one we met WPC Tennison.  She is just starting out her career as a police constable and lost some people who were close to her in a bank explosion.  Book 2 picks up right after that with a new CID named Moran.  He is different and when a case involving sexual assault pulls Tennison in the middle, things are not what they seem.

With her probation period almost over, she applies for a detective spot and is stationed at Bow Street.  Where another death seems suspicious to her, but to know one else.  Can Jane get people to look into it a bit more?

I am loving Tennison.  I did not read the early books written about her, but started with these.  This series starts at the very beginning of her career, so it is set in her younger years.  I really enjoy reading her adventures starting out her career.  She is really smart and has a keen sense of thinking that makes her an excellent detective.  I can see her career taking off.  But she really has to deal with a lot of male chauvinistic attitudes.  She is ignored constantly and very underestimated.  She really has to step back and think how to handle things in the world where it is not always black and white, but there are grey areas as well.  Sometimes you have to cross a line to get the best end results.  It is hard for her at times and it makes her nervous.

I really am loving this series and cannot wait till the next one comes out.  They are mysterious and keep you guessing.  Great detective novels.  I think they are as good as the Alex Cross series.

★★★ COVER REVEAL ★★★
❣️ #CoverReveal ❣️
The Gravedigger’s Son, an all new 1,001 Dark Nights novella in the Charley Davidson series from New York Times bestselling author Darynda Jones, is available now!
🔥 #TeaserTuesday 🔥
Crazy for You by @leacollauthor is now LIVE!
Currently reading The Unveiled by M.C. Ray
Author @leacollauthor has revealed the cover for Falling for You, Annapolis Harbor Book 5!
Wow! 2 K followers what an achievement!! What better way to celebrate than a giveaway! Who wants to win this mystery by Preston & Child? Tell me what you are currently reading, Tag a friend, Like, Follow me, Share and save for a chance to win! Giveaway not affiliated with anyone other than Moohnshine’s Corner and its owners. US residents only. Giveaway ends Sunday 5/8 at 11pm est.