Several generations after ‘The Fall’, the scattered clusters of civilisation that grew in its wake live in ignorance of the past. No-one wants to know what caused such devastation or why. No-one, except Ethan.

Ethan used to believe in the guardians; mysterious lights in the sky that, according to folklore, protect the survivors, so long as you believe in them. But the death of his parents shattered his faith and forged within him a hunger to know more. One night, a light grows brighter in the sky and crashes to the planet’s surface. Ethan then embarks on a heartbreaking journey in which harrowing discoveries unveil the secrets of the past, and place him at the centre of a deadly conflict.

Powerful, thought-provoking and emotionally absorbing, The Planetsider is a gripping, post-apocalyptic thriller that will keep you hooked until the very end.

G J Ogden studied Physics at UMIST, but spent more time writing for and later editing the University magazine, GRIP. This was the stepping stone into the first of his careers in IT journalism. He created and launched Custom PC magazine for Dennis Publishing Ltd, the most successful enthusiast PC magazine in the UK, before later moving into technology PR and marketing. A proud nerd and sci-fi geek, he has had a lifelong love of computers and technology. The Planetsider is his first novel.

Prize 1: Signed paperback of The Planetsider (UK only) 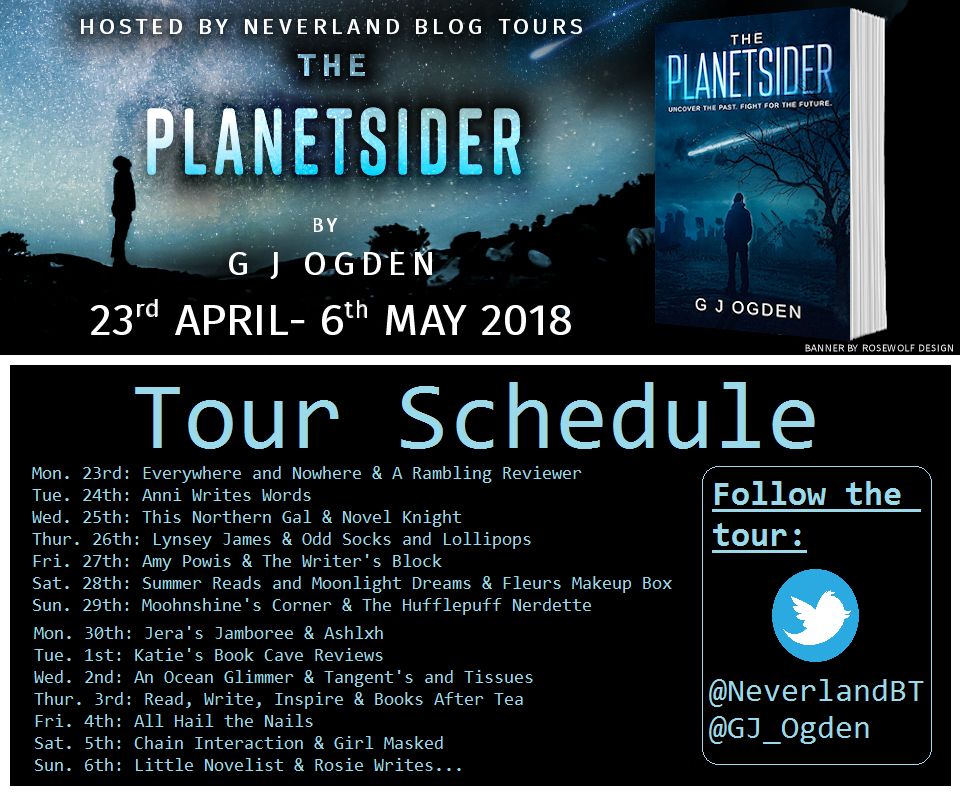