(Book One of the Cecily Taylor Series) by Krysten Lindsay Hager

Cecily has always had a huge crush on singer Andrew Holiday and she wants to be an actress, so she tags along when her friend auditions for his new video. However, the director isn’t looking for an actress, but rather the girl next door—and so is Andrew. Cecily gets a part in the video and all of Andrew’s attention on the set. Her friend begins to see red and Cecily’s boyfriend is seeing green—as in major jealousy. A misunderstanding leaves Cecily and her boyfriend on the outs and Andrew hopes to pick up the pieces as he’s looking for someone more stable in his life than the models he’s dated. Soon Cecily begins to realize Andrew understands her more than her small-town boyfriend—but can her perfect love match really be her favorite rock star?

I started to feel anxious after lunch. After all, I had been an Andrew fan for a long time, and even though I had seen him in person, this was a huge deal to get to meet him. What if he wasn’t what I had imagined? I didn’t expect him to fawn over me or anything, but what if he was rude or ignored me? It would kill my fantasy of him as being this sweet, quiet, sensitive songwriter who wore his heart on his sleeve while also being kind of a loner/rebel with just a touch of bad boy in him. Oh man, I would be crushed if he didn’t notice me or worse—if he ended up flirting with Harlow.

In all his magazine interviews Andrew always said looks weren’t important to him, and what he noticed in a girl was if she was true to herself. He said he went for “bright girls who were sweet and easy to be with.” Now that I thought about it, that was the kind of fake crap magazines put out about all the teen celebrities. It was like when I saw Lawrence Claibourne, my favorite actor who claimed to be Mr. I’m-just-looking-for-a-sweetgirl-to-read-poetry-to on a red carpet with a model whose boobs were falling out of her dress and had overdone the lip fillers—I mean, you just knew he wasn’t into her for her personality. But Andrew wasn’t like Lawrence. Andrew seemed so sincere and deep. Lawrence had a smirk and you could tell he was a player, but Andrew seemed like he had been hurt and needed to find the right girl who he could open up to and learn to trust again. . .or at least that’s what he said in his last interview.

The final bell rang and my heart shot up to my throat. This was it. I was on my way to meet my crush. From now on, any dreams of him would be marred by the reality I was about to face.

Was it better to keep wondering what if and keep the fantasy alive or to go and actually meet him?

ABOUT THE AUTHOR: Krysten Lindsay Hager writes about friendship, self-esteem, fitting in, frenemies, crushes, fame, first loves, and values. She is the author of True Colors, Best Friends…Forever?, Next Door to a Star,  Landry in Like, Competing with the Star (The Star Series: Book 2) and Dating the It Guy. True Colors, won the Readers Favorite award for best preteen book and the Dayton Book Expo Bestseller Award for childen/teens. Competing with the Star is a Readers’ Favorite Book Award Finalist. 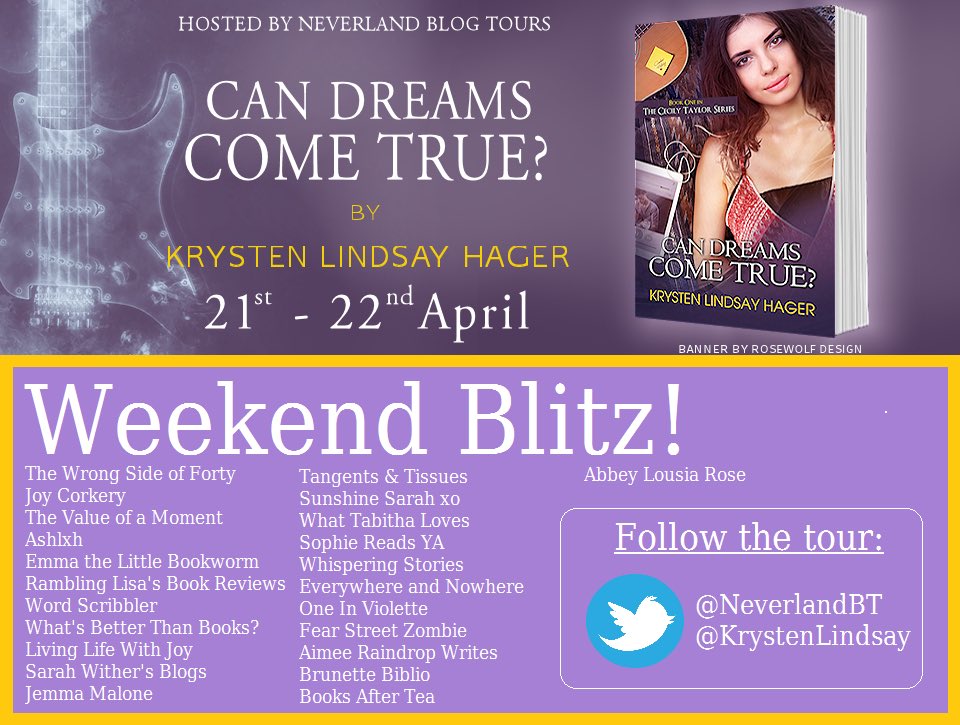