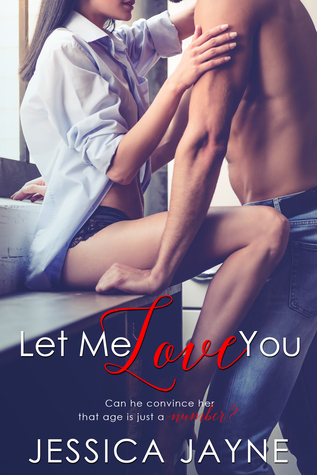 Stacey is nursing her broken heart and shattered ego. Not only did her ex-husband have an affair, he got the woman pregnant. Picking up the pieces of her life isn’t easy, so when Ren taps into her need to feel desired again, she finds herself in a position she never imagined.

Can Ren help to rebuild her confidence and convince her that age is just a number?

Todd sat up straighter in his chair. “Hey, man.”

“Are you on a date?” Ren’s words seethed out. He completely ignored Todd, his eyes never strayed from her.

His cheeks were pink, either from anger or alcohol, or both. His lips pulled into a tight line, but his bloodshot eyes couldn’t hide his hurt. She’d done that to him even after he’d given her exactly what she asked for-time. Her chest tightened and a lump in her throat threatened to choke her.

“Yes, we are. Why does it matter to you?” Todd stood and crossed his arms over his chest in that way men do when they believe they’re being challenged.

Why did men get so barbaric? What would he do? Fight?

Stacey rose. Ren was drunk and clearly trying to ruffle Todd’s feathers, which was working. He stepped closer, straightening his posture, which broadened his shoulders.

Todd shifted and tensed, pulling her closer with an arm around her waist.

A growl ripped from Ren. His hands balled up at his sides. He wasn’t a fighter. She knew this, but his demeanor and the look in his eyes tested that belief.

“Don’t what? Don’t ask you about your date?” His gaze shifted from her to Todd. He scoffed and rolled his eyes.

“Do you have a problem?” Todd asked.

“I do. You’ve got your arm around my girl and it’s pissing me off.” If looks could kill, Todd would have fallen over dead.

“Your girl?” Todd glanced at Stacey, eyes questioning. The terminology had caught her off guard as well. Even though she knew he wanted to be with her, he’d never referred to her in the possessive sense. It warmed her insides being claimed as his. Made her dizzy and giddy and all of those girly feelings one has when in love. “We’re on a date. You must be confused.”

“Ren, you’re drunk.” She’d never seen him act this way. She’d seen him drunk. On more than one occasion, she’d been the person he’d contacted to pick him and his buddies up from a party or club, not wanting to drive home under the influence or worry his parents. But she’d never seen him so angry, so ready for a fight.

“Not drunk enough.” His voice wavered, and his words broke her. He was hurt. She knew that. He wasn’t used to rejection. God, why should he be? He was fantastic. Fantastic to look at, fantastic in bed. And had a big heart. She hated being the one to break it.

She leaned close to Todd so he could hear her over the noise. “I’ll be back in a few minutes.” He squeezed her, and Ren rumbled. She could all but see the angry vibrations radiating off him.

“Are you sure?” Concerned etched his features. “We could leave.”

“I’m sure. I’ll just be a few minutes.” She broke away from his hold and stepped toward Ren. “Can we talk in private?”

She walked toward the doorway leading to a sandy area outside. Though she couldn’t hear him following, she felt him-his towering presence, the heat he emanated.

Darkness enveloped her as she stepped outside. The moon hung low in the sky, not offering much light and neither did the sole string of twinkle lights hanging overhead. Potted palm trees lined the private area where they stood eyeing each other.

“I’m sorry.” The lump in her throat made her sound like a frog. She leaned her back against the rickety tin building and huffed out a breath. The salty air singed her nostrils and the humidity combined with her nerves dampened her skin.

“For what?” He stood a few feet in front of her, his eyes stormy with raw emotion. He scrubbed a hand through his short hair in frustration before balling both hands into fists again. 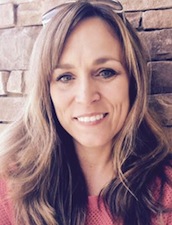 Jessica is a born and raised small town Ohio girl, who moved to the Sunshine State after graduating from college. She graduated from college with a bachelor’s degree in English. What college major could possibly be better than one that makes you read novels and write about them! Now she is thrilled to be able to share all the hot stories floating around in her head!

Jessica loves to travel and travel often! She shares her love of travel with her husband and children. She’s a huge sports fan, especially football. She the Pittsburgh Steelers and the Ohio State Buckeyes! She’s a wine-making (and wine-tasting) aficionado. She loves all music. And nothing is better than sunset at the beach!

In the journey of life, she also married a wonderful man and had three beautiful (and sometimes crazy) children. Life is always an adventure!

April 21st
–The Book Addict’s Reviews
–Tangents and Tissues
–So Few Books
–Romantic Reviews
–a small girl, her man and her books

2 thoughts on “Blog Tour| Let Me Love You”