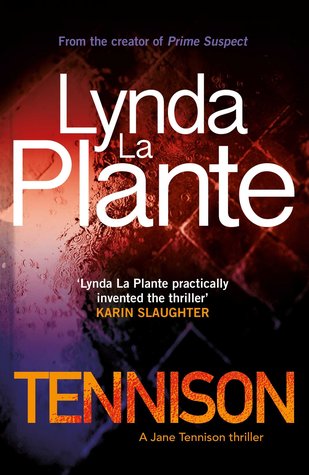 1973. After leaving the Metropolitan Police Training Academy, 22 year-old Jane Tennison is placed on a probationary exercise in Hackney, London where criminality thrives. At first she struggles to deal with the shocking situations she faces, receiving no help or sympathy from her superiors. Jane feels out of her depth in this male-dominated, chauvinistic environment. Then she is given her first murder case . . .

Set in London 1973, Jane Tennison is a 22 year-old probationary police officer in Hackney.  She struggles to fit in, as it is a male dominate field.  Working in the  chauvinistic environment is hard and the day-to-day is a challenge to prove herself.

Jane is in for the shock of a life time when she gets her first murder case.  Pulled in by DCI Bradfield she discovers that she has to build a back bone and stand up for herself.  No one will coddle her as she faces some shocking situations.  Finding a fellow female officer, Kath to confide in and use as a sort of mentor, really helps Jane to build her confidence.

As Jane and Kath work together, they uncover the key to the murder. They soon discover that bribery and corruption are normal and not everyone follows the book.  You need to learn who to trust.  Often confused by Bradfield’s weird and rare compliments, Jane starts to feel some things for him and it could cause a complication.  Can Jane prove herself?

This book was so good that I went and pre-ordered book 2, which I have to wait two weeks for.   OMG!!!  Hurry up already.

I really enjoyed the strong female characters in this novel.  Jane is an amazing and smart woman.  Who is not afraid to try.   She studies and works hard to be the best and gain the respect from her male officer co-workers.  It is a tough time and respect is hard to get from these men.

Kath is a hoot!  She had me cracking up laughing throughout the book.  She is a take no prisoners kind of girl and she can dish it as sure as she takes it. My favorite part is when she puts waterproof lipstick on a cpr dummy and CID Gibbs performs cpr on it.  I was dying.  That was funny as hell.

This book was not a short read.  With 576 pages, it was well paced and flowed smoothly.  Covering two cases not just the one murder, it had plenty of things going on to keep it interesting.  This book had some intense moments and I got to say it got to me a bit.  I was torn up in the end and there was an oh shit! moment, that I just could not believed happened.  I thought I was going to die.  A real page turner of mystery, chills and thrills.

This series is the prequel to the Prime Suspect series.  In Prime Suspect Tennison has been a detective a while and still struggles to gain respect as she works in the Scotland Yard.  Tennison is about Jane as she first starts out.

I highly recommend this book to all you who are fans of Sue Grafton or James Patterson.  This detective series is just as thrilling as Kinsey Millhone or Woman’s Murder Club series.  I am looking forward to the next book in this series, which you get a sneak peek of in Tennsion. 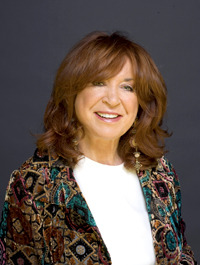 Lynda La Plante (born Lynda Titchmarsh) is a British author, screenwriter, and erstwhile actress (her performances in Rentaghost and other programmes were under her stage name of Lynda Marchal), best known for writing the Prime Suspect television crime series.

Her first TV series as a scriptwriter was the six part robbery series Widows, in 1983, in which the widows of four armed robbers carry out a heist planned by their deceased husbands.

In 1991 ITV released Prime Suspect which has now run to seven series and stars Helen Mirren as DCI Jane Tennison. (In the United States Prime Suspect airs on PBS as part of the anthology program Mystery!) In 1993 La Plante won an Edgar Award from the Mystery Writers of America for her work on the series. In 1992 she wrote at TV movie called Seekers, starring Brenda Fricker and Josette Simon, produced by Sarah Lawson.

She formed her own television production company, La Plante Productions, in 1994 and as La Plante Productions she wrote and produced the sequel to Widows, the equally gutsy She’s Out (ITV, 1995). The name “La Plante” comes from her marriage to writer Richard La Plante, author of the book Mantis and Hog Fever. La Plante divorced Lynda in the early 1990s.

Her output continued with The Governor (ITV 1995-96), a series focusing on the female governor of a high security prison, and was followed by a string of ratings pulling miniseries: the psycho killer nightmare events of Trial & Retribution (ITV 1997-), the widows’ revenge of the murders of their husbands & children Bella Mafia (1997) (starring Vanessa Redgrave), the undercover police unit operations of Supply and Demand (ITV 1998), videogame/internet murder mystery Killer Net (Channel 4 1998) and the female criminal profiler cases of Mind Games (ITV 2001).

Two additions to the Trial and Retribution miniseries were broadcast during 2006.