by E.Michael Helms (Goodreads Author)
4.46  ·   Rating details ·  37 Ratings  ·  32 Reviews
When PI Mac McClellan’s girlfriend convinces him to join the Palmetto Paranormal Society, he becomes embroiled in a case of whooodunnit. The society president, while investigating an old hotel, is found dead at the foot of the stairwell, his neck broken. The man’s secretary and current squeeze stands horrified beside his body. Authorities rule the death an accident. Mac has doubts—no one heard the man tumbling down the stairs. Then the secretary dies in an apparent suicide. Two deaths in two paranormal investigations, and not a peep out of either victim. Mac suspects there’s more going on than a vengeful spirit.
Book 4 in the Mac McClellan Mystery series, which began with Deadly Catch.

PI Mac is pulled into an investigation of the unknown.  What happens when ghosts tell secrets?  Well Mac is sceptical about the thought of ghosts being real.  But hey when his girlfriend is into it he figures he can give it a try to, right?  But what happens when people start dying during these ghost haunts?  Mac has a mystery on his hands and it is full of lies, adultery and danger.  Can Mac figure out the who and why before it is too late?

This is my first book by Michael that I have read and I must say it was a good one.  Full of twists and danger.  I had a very hard time figuring out who done it and even when I thought I had it all figured out, bam!  I was wrong.  A page turner full of mystery and deceit.  I had a hard time figuring out the motive and was definitely surprised towards the end.  There was way more involved than I originally thought.

The characters in this book are very interesting and entertaining.  That Mac is a stud.  All the ladies want a piece of Mac, but he is true to his feelings for his girlfriend Kate.  I love his character.  He is loyal, brave and a complete smart ass.  Let us not forget Henry.  Man I love that dog!  He is amazing.

Even though I have not read any of the other books, I was able to enjoy this book and not feel at a total loss.  It refers to other mishaps and danger Mac and Kate have encountered in the other books, but it was not one of those that had a lot of missing information so I was able to read it as a standalone.  I enjoyed Michael’s writing style.  It is slow and steady build up without rushing to the finish line.  His characters are well-developed and he is good at keeping you guessing and turning the pages.  I love a good ghost story and am a big fan of Victoria Laurie books.  This book reminded me a bit of those.  A good cozy mystery of who done it with a little dose of paranormal mixed in.  Great combinations.

If you a looking for a cozy mystery with some danger and ghosts, then this book is right up your alley. 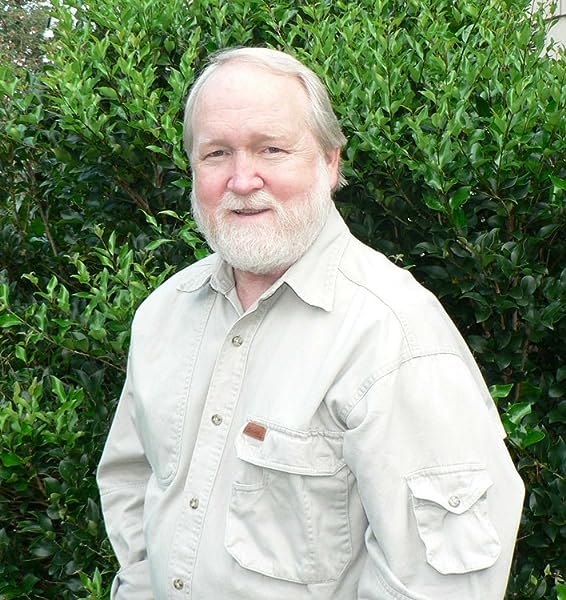 E. Michael Helms is a USMC combat veteran. His memoir of the Vietnam War, The Proud Bastards, has been called “As powerful and compelling a battlefield memoir as any ever written . . . a modern military classic,” and has been in print for over 20 years.

Book One of his two-part saga of the Civil War, Of Blood and Brothers, was released in September 2013, with Book Two following in March 2014.
The first of his Mac McClellan Mysteries, Deadly Catch, was published in November 2013. Deadly Ruse, the second in the series, was released November 2014. Deadly Ruse won the 2015 RONE Award for Best Mystery.
Deadly Dunes launched in March 2016, followed by Deadly Spirits in January 2017.
The Private War of Corporal Henson, a semi-autobiographical fictional sequel to his memoir, The Proud Bastards, premiered in June 2014.

Helms lives with his wife in the foothills of the Blue Ridge Mountains in the Upstate region of South Carolina, where they enjoy canoeing, hiking and bird watching.

More information about his writing/books, and how he can be contacted, is available at his website: http://www.emichaelhelms.com
*Author bio & picture from Amazon

My Interview with Michael

BROUGHT TO YOU BY: