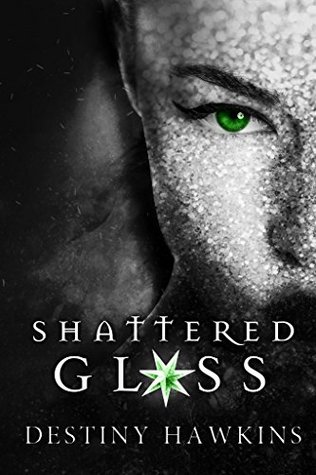 Bestselling author Destiny Hawkins brings you the first installment of a steamy paranormal romance series where a dark queen has met her match, and a wolf has met his mate.

I lived in a world of darkness, never to see the light again.

It’s been eleven years since my father cursed Crystal City, since he condemned me to a life of loneliness and misery. By taking away everything that my mother loved, he took everything that I knew and cared for. Everything, but the throne. Only what good was being a queen in a city of mindless killers? A city that would never see the sunlight until the day of my death.

I truly had nothing to live for…

…Or so I thought.

The night that Wolfe was dragged into my palace, I knew that my life would never be the same. We were childhood friends once, but we went our separate ways. He became captain of the pirates, and I ascended to the diamond throne.

My once sworn protector had become my enemy, but we were both alone, and the connection we felt was almost unbearable to ignore.

My heart only cracked after my father abandoned me, but Wolfe would completely shatter it.

For someone that hasn’t felt anything for years, that wasn’t such a bad thing.

We stared at one another, her probably wondering how I was going to kill her, and me, wondering if I should even kill her at all. I knew that Falcon would never intentionally hurt me, which meant that he truly did love her, and I understood that for this woman, she couldn’t help who she fell in love with. Who wouldn’t fall for a man like Falcon?

“Get it over with, Queen Allora,” the head of the council, Declan, said. His bright red eyes darkened into a maroon shade as his lips curved into a smile. It was hard to believe that he was once an innocent little boy. “You’re torturing yourself. This man betrayed you, and this woman crossed you. He was your lover, and yet, she was his lover. That doesn’t sound right to me. Don’t let him soften you with his pleading, and don’t let her tears fool you. They both knew exactly what they were doing.”

“Allora.” Falcon growled. “Don’t listen to him. He has no heart. You’re not like him ― you don’t have to do this to her. Whatever you’re thinking, just―”

“Quiet!” I yelled. “I trusted you…” I couldn’t finish my sentence, but I would finish what I came here to do.

The woman whimpered again as I reached down to touch her shoulder, and once my hand was resting against her shaking body, I realized that we were both equally afraid. She was afraid of dying, and I was afraid of losing the little good in me that I had left.

The woman swallowed, her blue eyes filling with more tears as she stared into my cold greens. “I’m sorr―”

Before she could finish her apology, I ripped my hand away, leaving her body to be engulfed in blue flames. 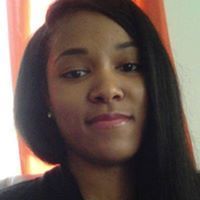 Destiny Hawkins lives in Cleveland, Ohio, and is currently working on her first Erotica called Shattered Glass & the second book to The Blue Moon Series, The Dark Bloods.

Destiny enjoys cooking, running, listening to music, and reading plus, of course, writing! Her favorite genres to read and work in are Fantasy, LGBT, Paranormal, Romance, Dystopian, Sci-fi, and young adult. She’s been a writer since she was nine years old, with Caged being her very first novel and she has more to come!! Much…much more.

💥💥OUT NOW💥💥
💥💥COMING SOON💥💥
The Brooklyn warehouse is filled with graffiti and pigeon poo. It’s practically begging to be converted into luxury loft apartments.
Graduation fun! Me and my sis watching Chris walk that stage with honors!!! So proud!
BOOK TITLE: When Words Waver
Experience those country kisses as if it’s the very first time!
Happy 21st birthday to my mini me!!!! Love you bunches🎂🎈❤️
She’s fallen for a Duke, but she can’t fess up.