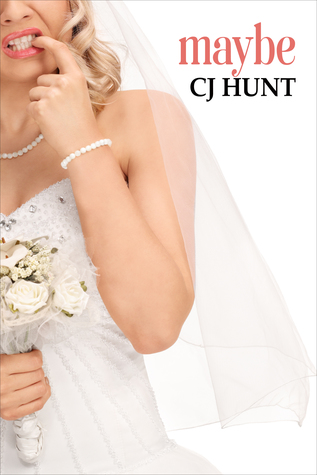 Three hearts, two birthdays, and one wedding day that no one in Rivers End will ever forget.

Social worker LUCIE KELLERMAN is five days away from the wedding of her dreams. Well, the wedding of her mother’s dreams. Lucie’s just happy that she’s finally doing something her parents approve of, and she’s thrilled that her relationship with her mother has never been better. There’s only one problem: ever since she met bartender Daniel Martinez, she’s been wondering if the life—and the man—she’s about to commit to are the ones she really wants.

In the two decades since his father died, DANIEL MARTINEZ has done the right thing by looking out for his siblings. With such a big, involved family, alone time is a thing of myth, and he’s used to putting himself last. But that’s all about to change. For the first time in his life, he’s going on an adventure all by himself. Eight weeks in Mexico volunteering with a children’s literacy organization. At least that’s the plan, until fate gives him a birthday gift in the form of Lucie Kellerman. Now he has a choice to make. Will he give in to temptation and tell Lucie how he really feels, or stay silent and watch the woman of his dreams walk down the aisle and into the arms of the wrong man?

In Book 3 we have Lucie a social worker who is preparing for her upcoming marriage to rich boy Ashton.  She is extremely nervous about packing up her life and quitting her job to move in with her fiance’ after they marry.

Daniel is a bartender about to leave in a week to volunteer in Mexico for the summer.  He is ready for a break from the everyday norm of taking care of his large family of 4 brothers, one sister and his mother.

One night he is out celebrating his birthday with his family when the beautiful blonde Lucie catches his eye.  Surprising she is celebrating her birthday as well.  They really hit it off.

On Valentine’s night Daniel is working when Luce walks in.  Lucie is stood up by her fiance’. yet again.  He seems to be distant and she is left to plan every detail of the wedding.  While she waits for her no-show fiance’ she talks to Daniel, who is bartending that eve.  He is so nice and sweet.

Daniel is put in an awful predicament when he sees something that is not right.  Should he tell Lucie?  He really doesn’t want to get involved.  Hell he is leaving in a day.  But when the problem cuts real close to home he is put in a position that he can’t ignore.

With this being the 3rd book in the series I expected to read more about the gang from Rivers End.  I was disappointed that none of the original characters were in this book.  To top it all off this story was shorter than the first two books.  There is a lot of potential to make the story more in-depth, but was not put to use.  Don’t get me wrong the book was a wonderful read and I thoroughly enjoyed it, but I wanted more.

The characters in this book are amazing and their story is a page turner.  Maybe if  the story continues it will focus on Daniel’s family.  But I would like to see more from Issac’s family from books 1 and 2.  I really did love those characters as well.

This book did flow nicely and was a cozy romantic read.  It will give you goosebumps with the electricity between Daniel and Lucie.  You will fall in love with their romantic tale.  So grab a glass of wine and curl up by the fire, because this feel good romance will have you smiling.

CJ Hunt writes short, sweet stories about Rivers End, a small town on coastal Vancouver Island where romance blossoms in the most unlikely of places. Rivers End romances give readers a glimpse into the minds and hearts of the people who live there. It might look like any other small island town, but Rivers End is special. Step into a story and discover why for yourself.

💥💥OUT NOW💥💥
💥💥COMING SOON💥💥
The Brooklyn warehouse is filled with graffiti and pigeon poo. It’s practically begging to be converted into luxury loft apartments.
Graduation fun! Me and my sis watching Chris walk that stage with honors!!! So proud!
BOOK TITLE: When Words Waver
Experience those country kisses as if it’s the very first time!
Happy 21st birthday to my mini me!!!! Love you bunches🎂🎈❤️
She’s fallen for a Duke, but she can’t fess up.