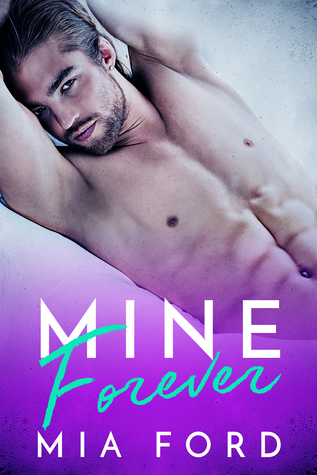 Jess White is trying to keep it all together. With a child to care for and only her sister to help her do it, she most certainly has her hands full and her job as a flight attendant doesn’t make keeping it all together any easier. When a gorgeous new pilot joins the team for one eventful flight, Jess can’t help but notice him but all of her warning bells go off. The last thing she needs is the complications that come with a hot shot pilot, especially one as good looking as this guy.

Drew Larson is all business, almost all of the time. He takes a no nonsense approach to his job as a pilot and doesn’t hesitate to implement it when he meets a less than responsible pilot. He has his life pretty well figured out, except for the hot blonde flight attendant he can’t seem to get out of his head. The last thing he wants is to get involved with a woman, but that doesn’t mean he isn’t interested in doing some very inappropriate things to the very sweet attendant on his plane.

As the tension begins to build, will Drew and Jess find a way to navigate their intersecting worlds or will everything come to a head and blow up in their faces?

This was such a great story.  It was sweet, romantic and hot as hell.  I have become a recent fan of Mia Ford and I am really enjoying reading her stories.  She never rushes her writing and takes her time developing her characters.

In this story Jess is a single mom.  Her husband had passed away 5 years back and now she was left raising her now 10-year-old daughter on her own.  With the help of her sister she is still able to keep her job as a stewardess that she loves.

As Drew learns more about Jess, his feelings of conquest begin to change.  How can he prove to Jess he is not out for one thing?  Can Jess learn to trust?  Things with Fred get out of control and he threatens Drew.  Will Fred make good on his threats?

This book had a wonderful story that kind of makes you think of what those pilots do when you are on the plane.  It could be a real life situation, making you grasp on to the story and not let go.  The characters have such real problems they deal with and it makes your heart go out to them.  You can maybe even relate to them and the situations they endure.  Also, the sex scenes are super hot!!!  A bonus in my book.

I give it a 5 Star review

2 thoughts on “Review | Mine Forever”

@makersmark Made a delicious looking bourbon 🥃 pecan pie! It is to die for!!🤤🤤Also made a Makers Mark Pumpkin 🎃 Pie! New this year…hope it’s yummy #pies #makersmarkbourbon #foodie #holidayeats #bakers
★✮★ FREEBIE ★✮★
Currently Reading!!! Rebel Without A Claus @emmahartauthor get your copy today!!!! https://amzn.to/3FETCqd #newrelease #holidayreads #emmahart #bookblogger #bookstagram #tbr #romcom
My husband had me a cup made for anniversary and it is stunning! It says ❤️Fuck Cancer❤️. I absolutely love it 😍 #fuckcancer #tumblersofinstagram #cuplovers
𝐁𝐮𝐜𝐤𝐥𝐞 𝐮𝐩, 𝐒𝐮𝐬𝐚𝐧𝐧𝐚𝐡 𝐁𝐫𝐢𝐠𝐡𝐭𝐨𝐧. 𝐆𝐮𝐬 𝐢𝐬 𝐜𝐨𝐦𝐢𝐧𝐠 𝐟𝐨𝐫 𝐲𝐨𝐮. 𝐍𝐨 𝐩𝐮𝐧 𝐢𝐧𝐭𝐞𝐧𝐝𝐞𝐝.
★★ AVAILABLE NOW ★★
OMG!!!! Check out this amazing book mail from @victoriawoodsauthor I received today. I had the wonderful pleasure working with her to promote an amazingly great 🔥📚series. She is an absolute joy to work with and a fantastic author! Looking forward to working together more on future books. Thank you 😊 so much! #victoriawoods #powerbookseries #smutbooks #bookmail #bookstagram #bookblogging
Book mail! Thank you to @willowwintersauthor for the lovely books! Especially “Tell Me You Want Me”, because that cover is smokin’ hot 🔥🔥🔥