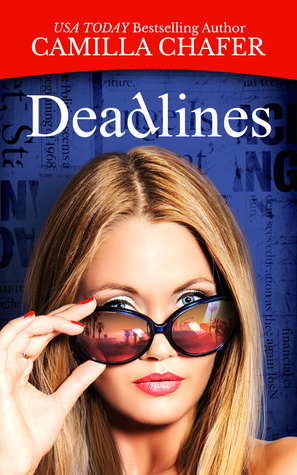 Shayne Winter thinks she has everything she ever wanted: a job as chief reporter at the LA Chronicle, a swish new apartment in a fabulous neighborhood, and a Californian-cool lifestyle just waiting to reveal itself. But on the first day of her new life, it all goes horribly wrong. The apartment is less ‘young professional’ and more ‘young offender’, the only furnishing a handsome squatter with roving eyes. Even worse, Ben, her predecessor at the Chronicle, has returned to claim his old job, leaving Shayne nothing but the obituary column and a simple choice: take it or leave it.

Her first assignment should be easy: write up the accidental death of washed-up former child-star Chucky Barnard and file her column. Yet when Shayne interviews the people close to Chucky, his sister claims Chucky had everything to live for and his untimely death could only be murder.

Convinced this could be the perfect headline to put her life back on track, Shayne vows to find the truth, convince a reticent homicide detective to investigate, and bring a killer to justice, all before Ben grabs her story and the killer makes Shayne his or her personal deadline.

One thought on “Review | Deadlines”