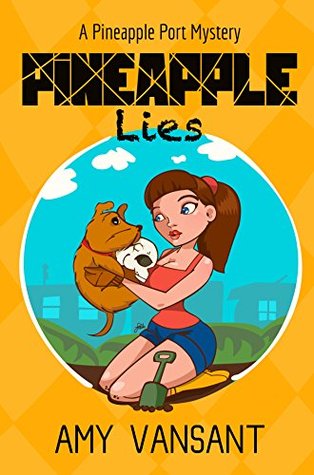 4.02  ·  Rating Details ·  888 Ratings  ·  166 Reviews
Growing up in one of Florida’s fifty-five plus communities, Charlotte never expected life to be wild. Golf cart racing with her surrogate mothers Mariska and Darla was about as nutty as life got…until she found the hot pawnbroker’s mom buried in her backyard.
Talk about making a lousy first impression.
Armed with nothing but her wits, Pineapple Port’s questionable cast of characters and a growing crush, Charlotte is determined to solve the mystery of Declan’s mother’s murder.
Hey, at least this guy’s skeletons aren’t in his closet. 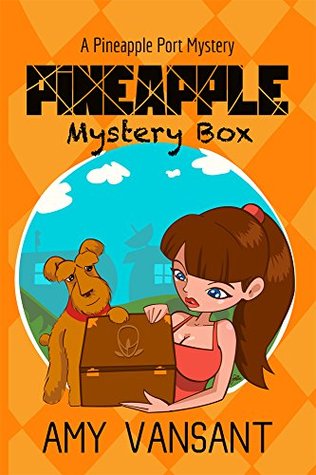 4.39  ·  Rating Details ·  126 Ratings  ·  28 Reviews
When a giant inflatable Halloween witch goes missing in the Pineapple Port retirement community, Charlotte’s eager to nab the culprit. Before she can lift a fingerprint, someone threatens to kill a new neighbor who looks like an adorable Pomeranian but possesses a disturbing talent for revenge. Moments later, a stranger demands the return of a mysterious wooden box… or else.
Charlotte’s boyfriend, Declan, isn’t having a great morning either. His calculating ex-girlfriend has returned to claim she’s the rightful owner of his pawn shop. She’s livid he’s found a new lady, too.
Eh. Things could be worse. At least Charlotte doesn’t know that a mojito-swilling killer who fed his grandmother to a cat is on his way to Pineapple Port…Keywords: cozy mystery, female protagonist, humorous, amateur sleuth, romance, small towns. 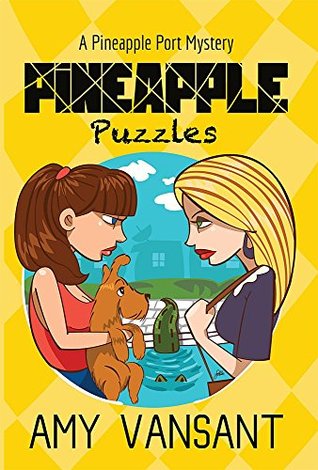 4.26  ·  Rating Details ·  65 Ratings  ·  19 Reviews
The infamous Puzzle Killer returns to Charity, Florida, in search of a rival murderer, and when two serial killers battle, Charlotte, Declan, Seamus and a naked cat find themselves on the chopping block! 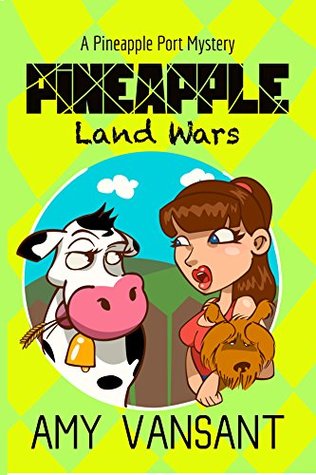 4.51  ·  Rating Details · 49 Ratings  · 15 Reviews
When real estate tycoon Bucky Bloom is found stuck to the end of a sailboat mast, a land war erupts in Pineapple Port! Charlotte is commissioned to solve Bucky’s murder, but soon finds herself embroiled in a competition masterminded by Declan’s crazy ex, the ever-nefarious Stephanie. 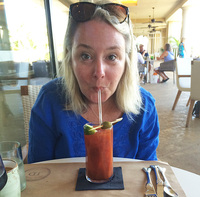 in Cape May Court House, NJ, The United States

Amy specializes in fun, comedic reads about accident prone, easily distracted women with questionable taste in men. So, autobiographies, mostly.
Amy is the former East Coast Editor of SURFER Magazine but the urge to drive up and down the coast interviewing surfers has long since left her. Currently, she is a nerd and Labradoodle mommy who works at home with her goofy husband.
She loves interacting with fans when the dog isn’t laying on top of her, so stop by her blog or Twitter and say hi!

Amy is a fun-loving individual that I have chatted with a few times.  She cracks me up with her witty humor.  I love her Pineapple Port Series.  They are outrageously funny and come from a unique storyline.  She asks fans for assistance in picking out names and places for her stories.  Who doesn’t find that fun?  I am patiently waiting for book 5.

All these books are on Kindle Unlimited.  If you don’t have KU try it 30 days for free just click the picture below.

Need something to read then check out some great reads in my Amazon AStore.

GIVEAWAY 📚📚📚Ooopss!!! I think I might have gotten a tad bit overzealous in my book buying adventures! I guess that means a giveaway! Who wants a copy of @daryndajonesofficial newest book? To enter answer the questions below and tag a friend! Ends Sunday midnight open to 🇺🇸 shipping only. Have you read any books by @daryndajonesofficial ? Who is your favorite paranormal author? Ok GO!!! This giveaway is not affiliated with Instagram or the author. Patty with Moohnshine’s Corner will draw one winner and Direct message them.
“A lot has changed in Magnolia Sound since he’s been gone…”
𝙎𝙐𝙍𝙋𝙍𝙄𝙎𝙀
Pre-order your copy today on Amazon!
★★ READ NEW EPISODES NOW ★★
★★ AVAILABLE NOW ★★
ღ ღ Fail To Love is LIVE ღ ღ
★★★ NEW RELEASE ★★★